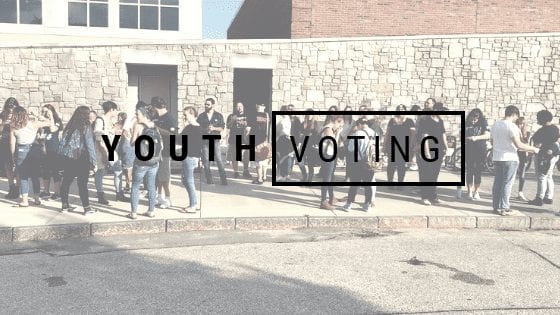 Tuesday, September 11th, I voted for the third and potentially last time in New Hampshire. I am from Portland, Maine, and a senior at UNH who lives in Newmarket. The first time I voted was in the presidential primary, and the second was the presidential general election; two of the most important elections in recent history.

I realized when I left the polls on Tuesday that I may never be voting in New Hampshire again, and that is because HB1264 is going to make me pay potentially hundreds of dollars in various registrations to prove my residency is in NH. I’ve been here for almost four years, and I have absolutely been affected by policies in this state. Shouldn’t I be able to have a say in these policies? Shouldn’t I have some sort of voice in the state that I’ve spent all my time in these past four years?

I’m not sure where I’ll head to once I graduate, but if I choose to stay, I’m going to have an expensive paywall between me and my civic duty, as well as my constitutional right, to vote. That being said, I was reminded of the fact that this may not be the case. Gov. Sununu, the man who signed this bill into law, is up for reelection in November, and it is possible for his seat to be given to someone who will overturn HB1264 and make easy and accessible for everyone who lives in New Hampshire including students.

This is only one of the reasons I voted, and comparatively, it pales against the larger issues facing our country and our youth today. I voted because I believe in affordable healthcare, a woman’s right to choose, transitioning away from dirty fossil fuels and towards renewables, the legalization of marijuana, and a societal system that works for everyone, no matter their skin color or sexual orientation.

So many of these issues are directly correlated to the youth, and people having the world handed off to them in the near future. This means that we have to fight for what we believe in, and make sure our voices are heard by our elected officials. We have to hold these officials accountable and make them stand firmly on the issues we care about. We have to work with all of our ability towards a state that works for all of us.

I can only hope that those who share my beliefs and stances on these issues will work with me and make their voices heard, too. I don’t know what the future holds, and as a member of America’s youth, it is a scary feeling. There is too much that could go wrong, but it is not about focusing on that. It’s about trudging on through the fear and pessimism towards the reality of our beliefs being represented by our country, and towards the possibility that all of us can live here in the United States without these many walls that divide us.

And it all starts with voting. We have power in numbers. 70 million young people are eligible to vote but we vote at half the rate of the opposition. None of the candidates on the ticket in November are perfect but some are far better than others.  It’s our job to continue to push these candidates to uphold our values. If we do that and show up to vote, the people in power will have to listen to us.