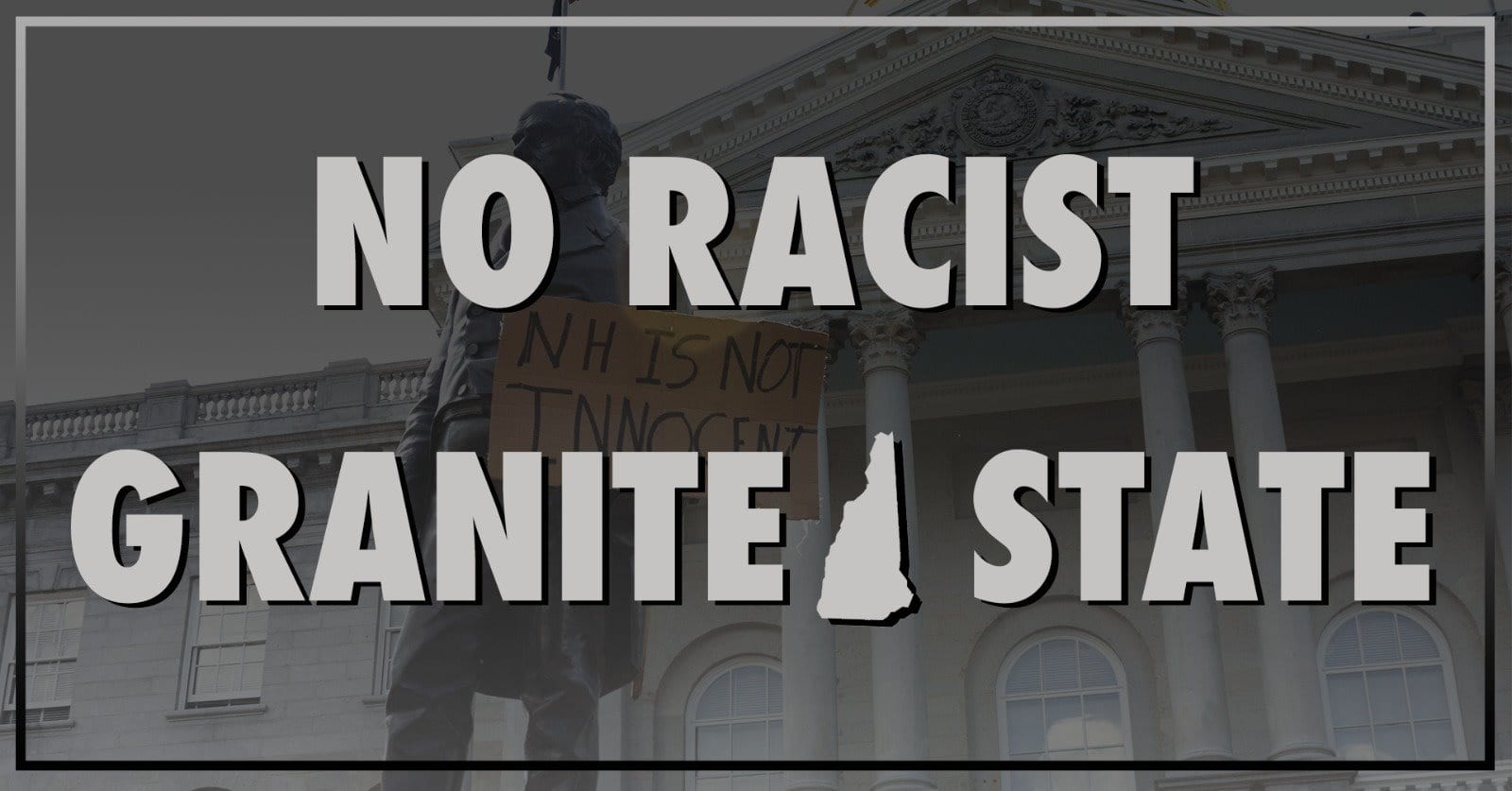 Send a Letter and Tweet to Your Representative Demanding they Sign the No Racist Granite State Pledge.

Following the January 6th attack on our capital, we've seen increased white supremacy here in our state coming from our elected officials. There have been multiple calls for the resignation of both Rep. Dawn Johnson and Rep. James Spillane after each used social media to spread Neo-nazi rhetoric and antisemitism. Additionally, we've seen calls for the Troy police chief to step down after attending the demonstration in DC to overturn the results of the presidential election. There have been no repercussions for these individuals.  By failing to enact real consequences for their actions, Governor Sununu and House Speaker Sherman Packard have shown that they're complicit with white supremacy.

In response to our state's failure to denounce white supremacy, we're launching the No Racist Granite State Pledge. The pledge will serve to hold elected officials accountable for committing to using all available resources to stop white supremacist violence in our state. This includes supporting legislation that works to address these issues and opposing legislation that will cause further harm.

We need you to contact your elected officials and ask them to sign the No Racist Granite State Pledge. By completing this form you can [email, text, call] your representative and ask them to join us in ending racism in the granite state.

Full "No Racist Granite State Pledge" Text: “I pledge to stand against racism, xenophobia, islamophobia, and anti-semitism in our state. I will hold myself and my colleagues accountable when we make mistakes or perpetuate white supremacy through our work or our words. Racist, anti-Semitic, islamophobic, and xenophobic actions and words have no place in our public or private forums, and I commit to using all available resources to stop white supremacist violence in our state. This includes supporting legislation that works to address these issues and opposing legislation that will cause further harm. I believe it is lawful and moral to expel any colleague or subordinate who participates, shows support for, or allows violence of that nature to happen without intervention.”

Send a letter to your Representative

Invest In A Livable Future
Donate